The brewery taproom is located downtown River Falls with seating for 50 customers and offers an array of fresh tap beer. The whole brewing process is clearly visible to get a real feel of the locality and freshness of the product made. Pull up a stool at our communal seating and make a new friend as you sip on a true taste of the local area.

Swinging Bridge Brewing is a community driven business and is built around the Community Supported Brewery (CSB) membership concept. Our membership programs allow us to build a community around our beer and provide a discount to our members in return for their commitment to support their local brewery. The CSB program is loosely based on the community supported agriculture model (CSA). Traditionally, Farm CSAs sell produce shares, and in exchange the customer receives a box or bag of fresh produce each week at prices lower than the market rate. Our model will be similar as we will be offering beer shares to our customers. The Mug Club will be a social club for the Taproom promoting camaraderie and love for quality beer. Overall, Swinging Bridge Brewing Company is here to serve the community by serving great beer. 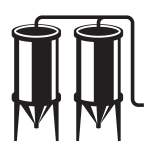 At our core, we are a brewery. We love beer, and we love creating beer for our community. We will always be here brewing fantastic beer and hope you will join us in enjoying it! 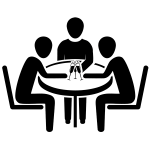 We are a community-focused brewery. YOU make this happen. We would not be where we are today if it weren't for the amazing people that have made this happen.

Beer is so much better with friends and food! We partner with local businesses and artisans to bring you the best food to pair with your beer.

Meet the team that makes the brewery happen.

Dustin has a history in home brewing and a background in small business. He attended the University of Wisconsin - River Falls for two years majoring in Business Management pursuing his lifelong interest in business. He has been serving in the United States Air Force for 13 years where he currently still serves as a reservist.

He current works full-time job as an Airport Firefighter at MSP Airport and operates the brewery in his free time. Dustin is dedicated to serving his community and his country which is why the brewery is a perfect combination of his passion for beer and community.

Dustin's wife Magen and three children Cambria, Norah and Oliver welcome you to come enjoy what they have all worked so hard to build in the city they love.

Originally from Detroit, Mike spent many years traveling the country before settling in what he now considers his home, River Falls. Throughout the ups and downs of life Mike has always held onto his love for making beer. His brewing hobby turned into an obsession that led to collaborating with other home brewers and competing in competitions, all the while refining his skills and expanding his knowledge of the craft.

Mike has for a long time wanted to open a brewery and share his passion for beer with the community. When he’s not sampling local craft beer in the taproom or creating new interesting beers, you can find him throwing a round at the local disc golf course, driving cross country to see his favorite bands or spending quality time with his family.

Know when he serves you a pint of his own beer in the taproom that you are the final step in a dream becoming a reality for him, his wife Jen and son Mathew.

Learn More About Our Memberships